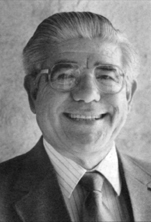 Civic activities: Vega served in the Town Council and as vice-mayor of Florence, Arizona, 1964-70, 73-75; he served on the Board of directors of Aurora Public School District, Aurora, Colorado, 1983-1987.

Community service: Vega was elected President of Arizona Association of Chicanos for Higher Education, 1996-97; he served as Executive Director of Braun Sacred Heart Center. He was member of the Board of directors, Arizona Historical Society CAD, 1996-2000. Valle del Sol, Inc. Profiles of Success recognized him in 1994.